Since we are only days away from my youngest little guy turning 4 years old, I thought it would be appropriate to recap his birthday party from last year.  A few weeks ago I shared his shark-themed first birthday, then last week his Elmo-themed second birthday, so this week it’s his construction-themed, third birthday!

About a year ago, his favorite bedtime story was Goodnight, Goodnight Construction Site, and it quickly turned into frequent conversations about construction trucks, and pointing them out whenever spotted on the road.  So a construction theme was an obvious choice for his third birthday!

I used Paint to crop out a picture of the birthday boy, and image-searched for different construction vehicles to use for the invitation.  I used the “Stencil” font, and created a yellow and black border.  That’s about it – this was a breeze to create with Microsoft Publisher! 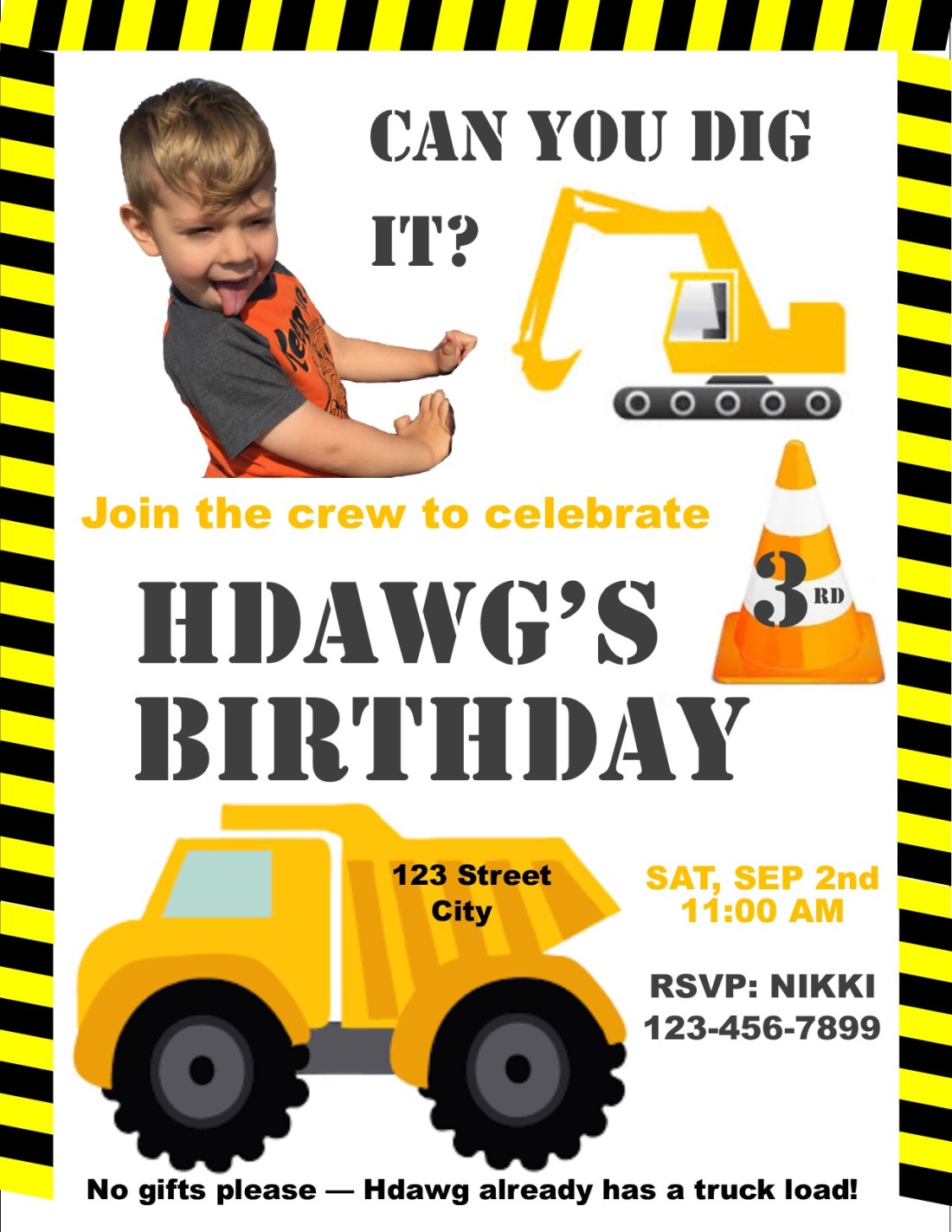 I took a cue from the dump truck on his invitation for his birthday shirt.  I used the easiest used method for me, and just cut shapes out of felt, adhered with fabric glue, and secured with some stitches.  He just wore it the other day, so I would say it has done great (I think having a blue shirt instead of a white shirt helped with longevity)! 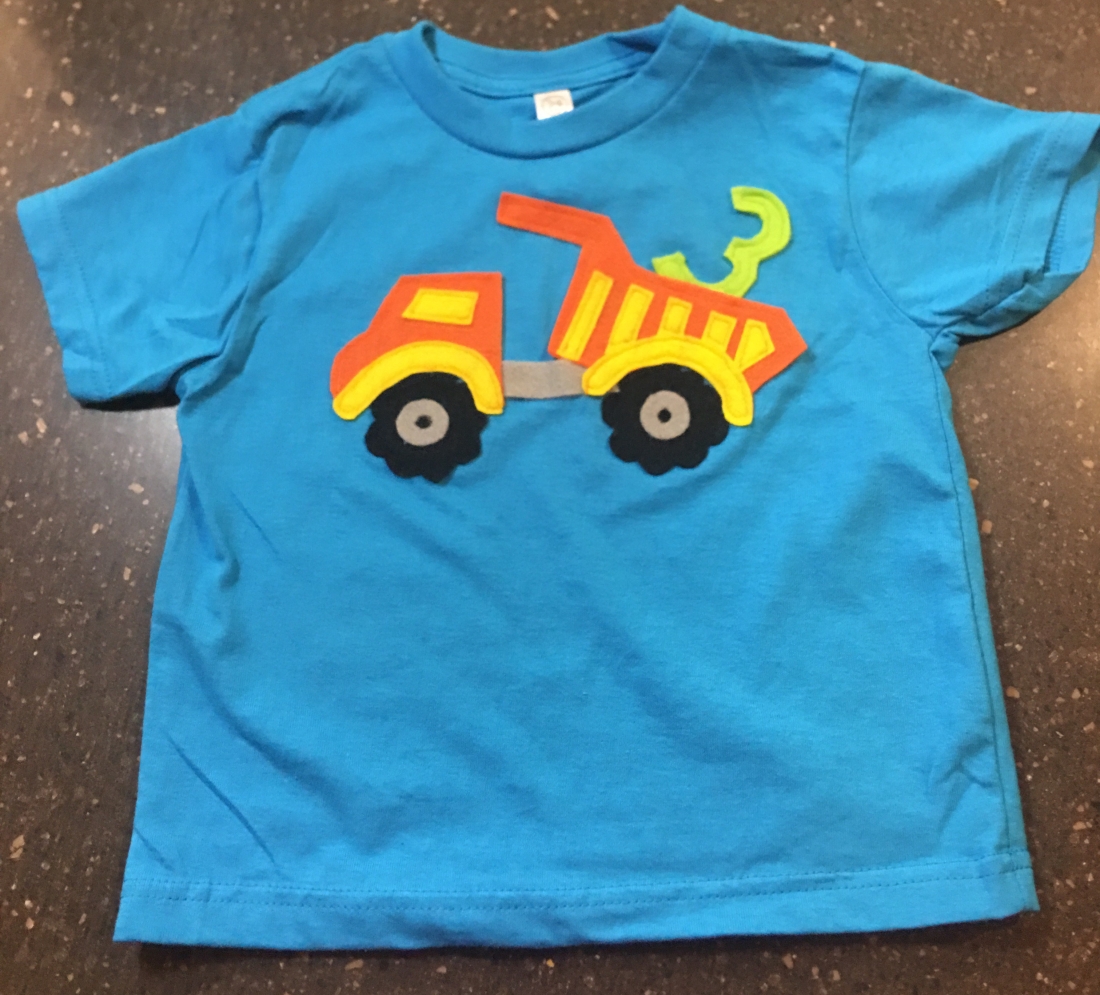 The menu was simple: taco’s, fruit, veggies, and chips.  Drinks were lemonade and iced tea, which of course lends to the bonus drink: Arnold Palmer.  🙂  The signs for the food were what gave the “construction” vibe.  Unfortunately, I don’t have pictures from all of the food set up, but I do have a few from the beginning… 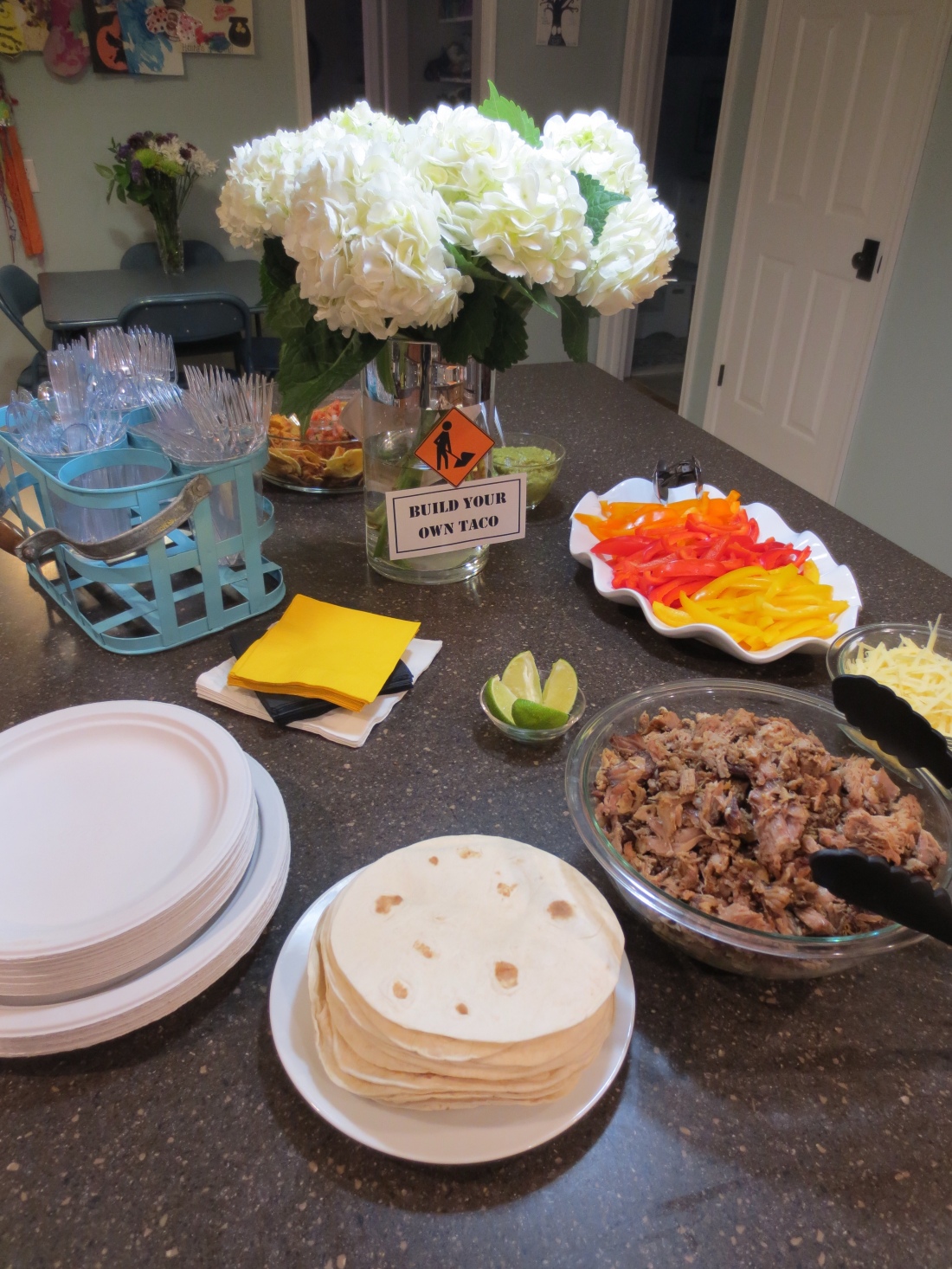 Missing from what’s pictured are balled watermelon and cantaloupe with a “Wrecking Balls” sign.   And something I didn’t end up doing but considered was adding either pink lemonade, red Kool-Aid, or fruit punch with an “Antifreeze” label.  A blue drink would also be cute as “Windshield Wiper Fluid”! 🙂

Going with the “build your own/construction” theme that I started with the taco’s, I created a little dessert bar for people to build their own dirt cup.  This was a BIG hit (I think our oldest little guy started making and eating 3 over the course of the party?  Whoops! haha)!  Not pictured is the “mud” which was chocolate pudding.  I waited until right before the party started to add it, and much like the “wrecking balls” never snapped a pic after adding it.

My favorite dessert was actually the “wet paint”.  I just stuck popsicle sticks from Michael’s into rice krispie treats (Costco sells them in boxes of 60), and dipped the ends into blue and orange melted, chocolate chips – SO easy!  Also, delicious!  Haha.

We also had “cables” available… 🙂

I used simple image-searching and text boxes with the “Stencil” font for all of the signs, but here are Printable Construction Party signs, in case you’re looking to host your own construction-themed party, and it seems like too much work to create yourself… 😉

This cake is one of my favorite cake’s to-date!  I just broke some of it up, added some pre-made black and yellow fondant for the “three-shaped” road, and topped with some crushed oreo’s to make it look like a “construction site”.  (Btw, fondant is really easy to work with, and you can buy every color pre-made from Michael’s.  I think this brand tastes pretty good, especially just as accent decor!).  I got some construction vehicles and used three cone candles to finish it off!

He did slightly better with the whole “singing” thing this last year, compared to his second birthday… (and notice how the wall behind him is gone this time?! This year the fireplace behind him will look completely different, too!) 🙂

For favors I got these inflatable hammers, which were great for the party, but ours only lasted about a week before getting holes in them (which really wasn’t the worst thing ever, haha). 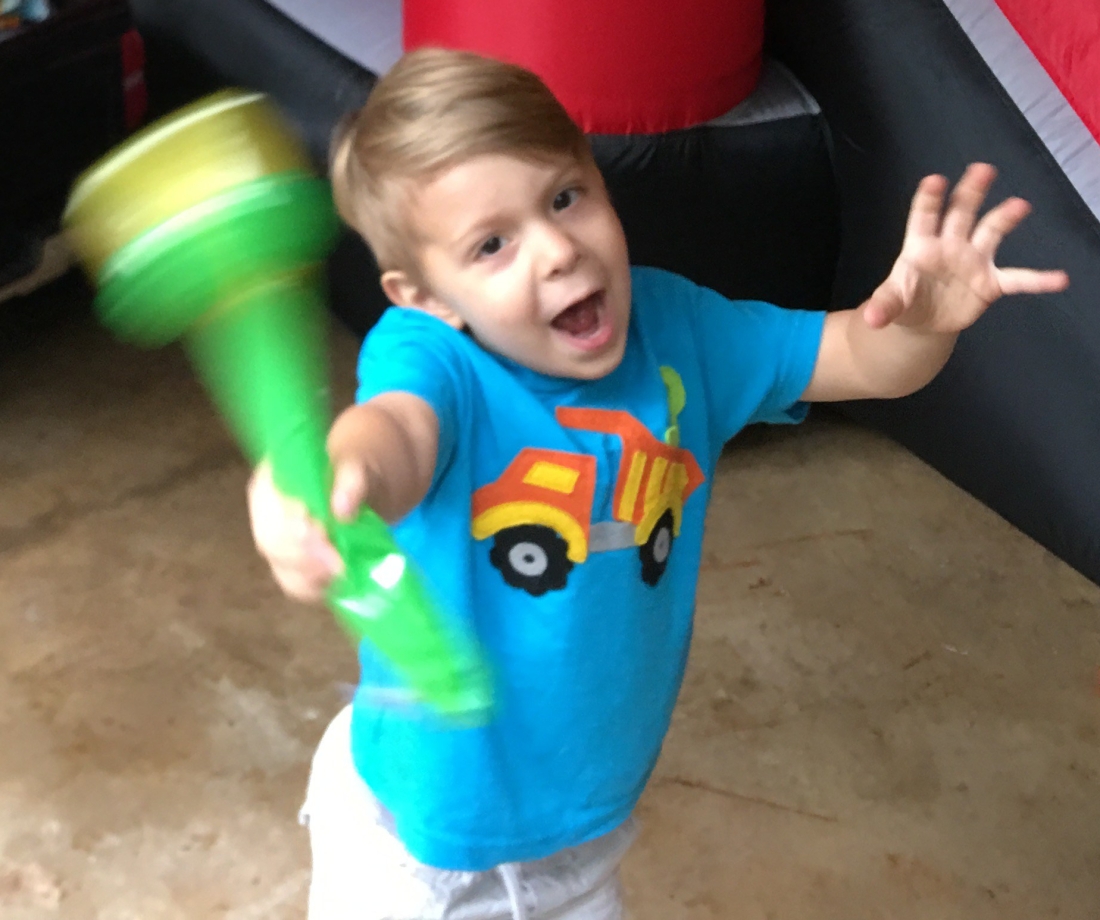 The main activity for this party doubled up as his birthday gift.  And really, the gift that keeps on giving… A bounce house (with a ball pit)! I priced out renting bounce houses, and learned that this thing would pay for itself after two uses.  TWO!  And we have 3 young kids.  Two of which are boys, full of crazy amounts of energy.  So after a few months of researching and really thinking about it, I finally pulled the trigger on this one.  What finally sealed the deal for us was learning that it would also fit in our basement, meaning it could be used year round.  Done! 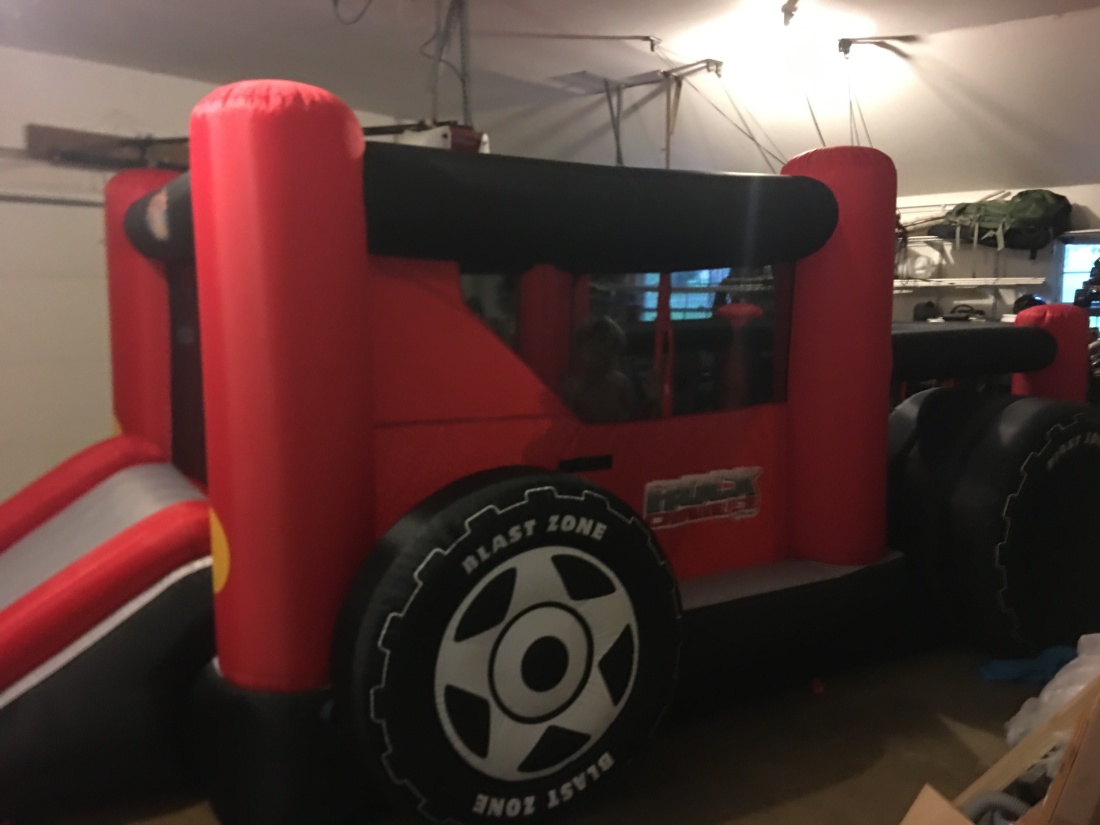 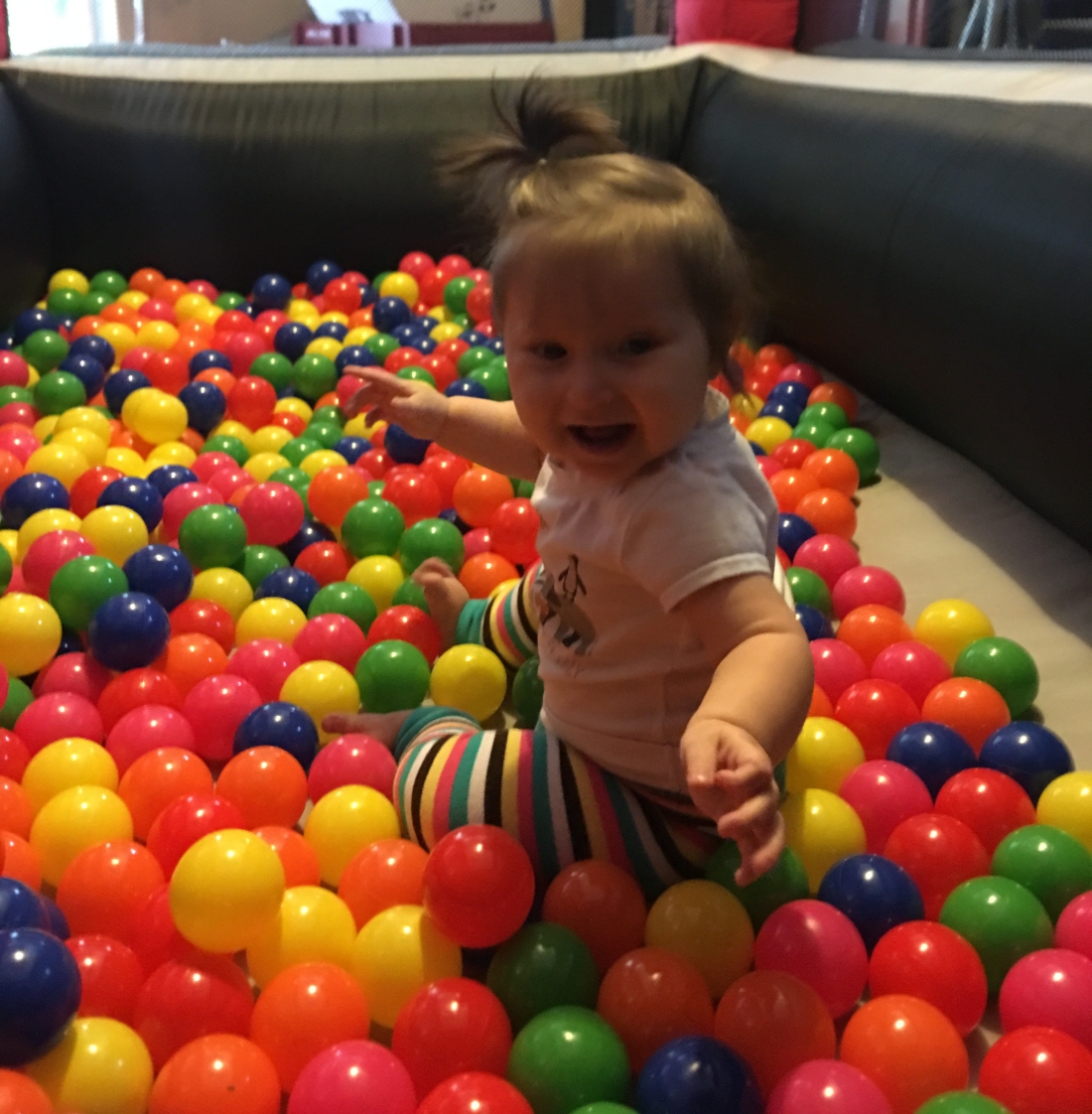 Okay, off to enjoy these last few days having a “toddler” boy.. *sniff, sniff*. 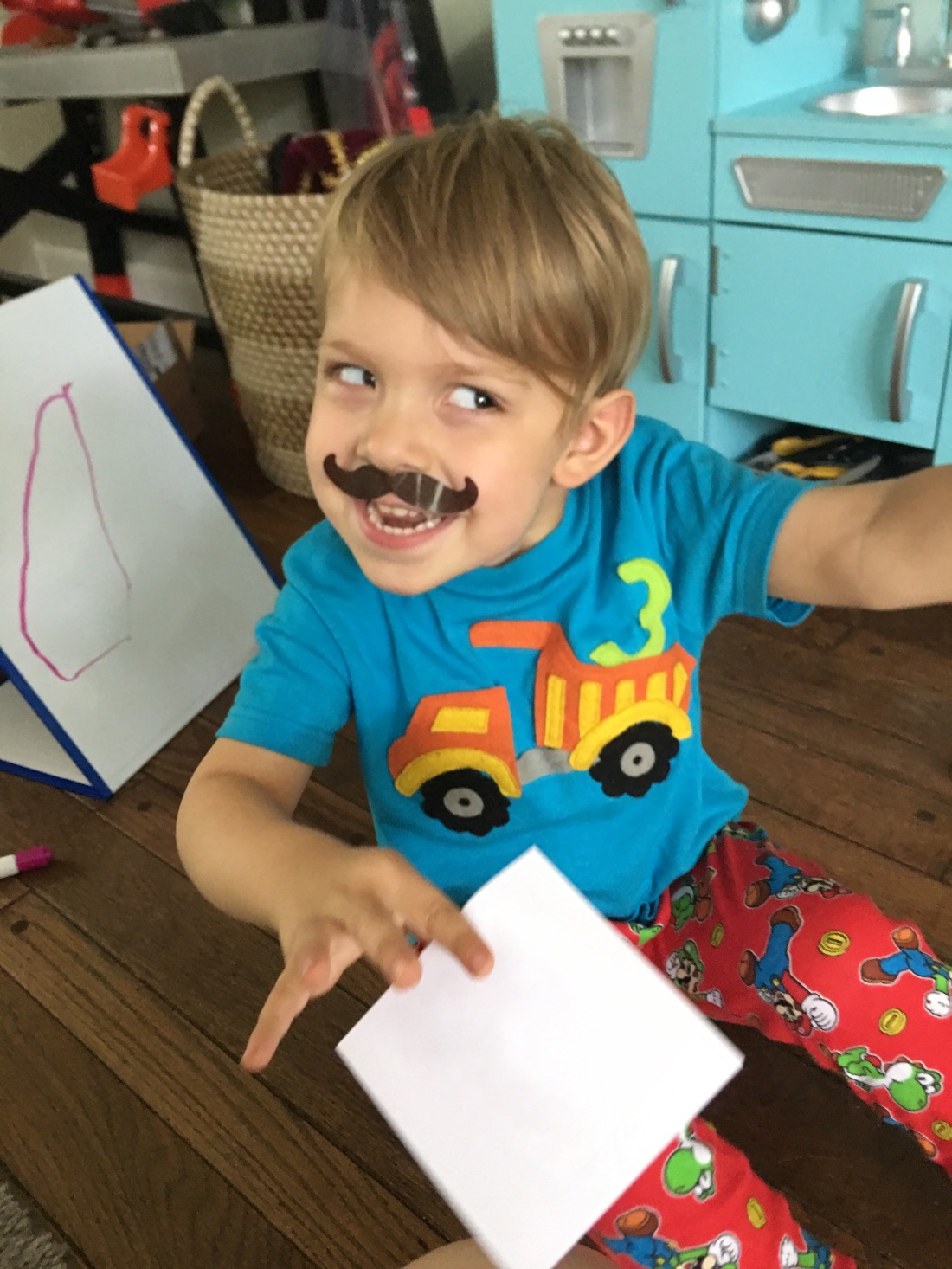 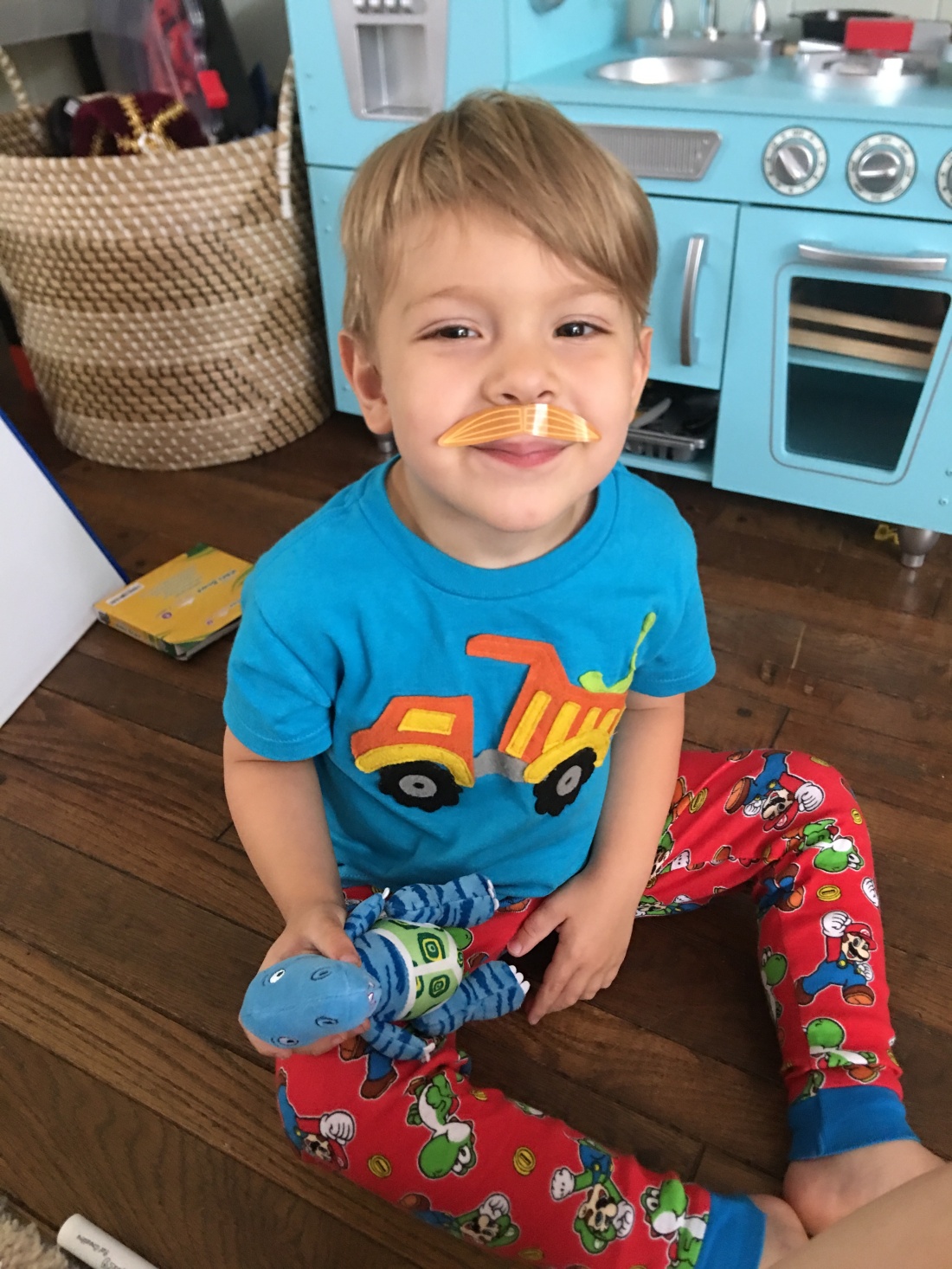 Next time I post, it will likely be about his 4th birthday recap (or if I can’t bring myself to write about it yet, I might give you an update on our Fireplace makeover)…

3 thoughts on “A Birthday Party “Under Construction”!”

Happy Easter!! 🐰⛪️ He is Risen!! 🙌 Hope everyone is having a wonderful family celebration today! Lots of hidden bunnies in this picture... The little girl wasted no time picking her bunny cinnamon roll out... ☺️😆🥰
TGIF!! 🙌 Yes, still have Christmas decor up... Let’s just say January has been busier than expected! 🤪 Here’s hoping for a productive weekend (with some down time, too)! Maybe one day this year we’ll find a minute to finally share all the projects we did in 2020...😬 #goals 😂
When you live in Maryland, big fluffy snow like we had today is really exciting! ❄️🙌 Actually, I think I posted almost this exact picture a year ago (possibly to the day). 😂 Hope locals got to get outside & play today! 🤗 Also, who remembers our old windows with white frames - or when we gabled these dormer windows?! Swipe 👈 for some flashbacks... 😁
TGIF! Is it just me or was this a loooooong week?! Looking forward to snuggling on the couch in front of the fire, and maybe finally addressing our Christmas cards while watching a Christmas movie this weekend... With some wine, obviously. 😁😂🎄🍷
Does anyone decorate their bedroom for Christmas? We typically don’t, but I decided to do our Christmas card photos in here this year. Now that it’s decorated I kind of love it! 😆 Also, this is Winston’s “I don’t care if you pet me” pose - but really, he’s begging me to pet him... 🤣
Anyone else start decorating for Christmas yet? 🙋‍♀️ I couldn’t help myself this past weekend... (Don’t worry - I still have lots of pumpkins out - spy the dining table & mantel in the last 2 pics! 😉😁).